The Formby Times headlines this week certainly catch the eye and set you thinking.

Support your local traders
Time to show loyalty to businesses

Following the Formby Time's article I asked myself, 'what could I do to support the idea?'
I've decided to add a 'Shop Local Campaign' section to the blog.

I'll add more items and suggestions as soon as possible, have you got any?
Do you want me to add them to the 'Shop Local Campaign' section?

Earlier today I visited the Formby swimming pool to view the plans for the renovation of the Power House site. As a former member of Little Altcar Parish Council I can vouch for the concern felt by local residents about this derelict building.

I must say the proposals look as if they might be an acceptable solution to this ongoing blot on our local landscape. So long as the needs of the local residents' views regarding privacy, traffic noise and movement and the protection of the 'Green' status of the remainder of the site are taken into account, I can anticipate that the public would be prepared to consider supporting the development unless other more compelling reasons to reject the proposal become apparent.

I also took the opportunity to ask Mike McComb, the developer, whether he would consider making some of the space available for more allotments, in his usual fashion he was enthusiastic about the suggestion and promised to consider whether that might be possible.

I'd welcome your views, this site is in the Little Altcar Parish Council patch, but it affects us all throughout Formby, click on the comments link below or email me at: 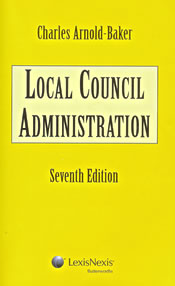 Parish Council meetings are governed according to procedures established by law. As they are the most immediate form of Local Government and involve public expenditure they must be very transparent in their operation.

7.4 At least three clear days (not including the days of issue and meeting) before a meeting of the Council a notice of the time and place of the meeting must be affixed in some conspicuous place in the locality. If the meeting is called by councillors, they must sign it and it must specify the business to be transacted at the meeting......" (Charles Arnold-Baker,
P 58)

Normally meetings are always open to the public, and frequently there will be a point in the agenda when any members of the public present will be invited to comment, ask questions and raise objections.

The elected members, though not bound by these contributions from the public, should try to take them into account or at least give reasons why they may not.

Formby Parish Council is relatively new since it was reconstituted, but it originally began in 1894. The local newspaper of the day, The Formby Times, was full of constantly critical reports as the new members struggled to come to  terms with the requirements of the law. Week after week in early 1895 the equivalent of the editorial complained of the lack of competence and compared the Council unfavourably with the newly established Parish Council in Ainsdale.

I'd like to think today, that as a Council, all our members are committed to the principles described above. It maybe more demanding of our time and attention to detail, but the residents of Formby rightly trust us to be beyond reproach in these matters.

Since the last meeting of the Parish Council on the 7th October I have: