In the last post I wrote about my suggestion for a redevelopment of the 'mothballed' toilets in the Furnace Avenue car park. I suggested this proposal should be included as part of a bid for a 'Portas: Town Team'.

The idea has evoked some response in the twitter stream: @formbyvillage. I mentioned that this was not an original idea and since my post, I've found details of another example.

Have a look at the two images below and spot the differences and the similarities. 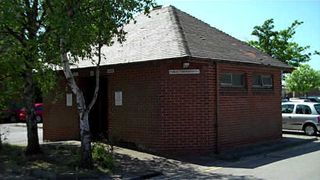 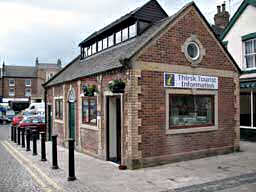 The first photograph is the Formby Toilets block in it's current mothballed state. The only similarity between the buildings is probably their size. The second photograph is of the Thirsk Town former toilet block situated in the centre of the town. (See: http://www.visitthirsk.org.uk/index.php)

The difference is that it has been redeveloped into a Tourist Information office. It's run as a 'Social Enterprise' by volunteers, which is how all the Charity Shops in Formby are run and managed.

My suggestion is that our toilet block should be renovated as a Tourist/Town Information centre also stocked with appropriate goods like those in Thirsk. There would still be room for toilets for the public, but that they would be less likely to damage or misuse because they would be only available when the centre was open.

The redevelopment alongside all the Village existing and forthcoming Improvements by Formby Parish Council, would help to redefine the centre of Formby as a 'destination town'. It would encourage those thousands of visitors who flock to the beach to come to the village and help reinvigorate the retail heart of the town.