Formby residents will be going to the polling stations on Thursday 3 May to vote in the  Sefton MBC local elections.

The candidates for the two wards, Harington and Ravenmeols are listed below in the order as published in the official statement as to persons nominated. 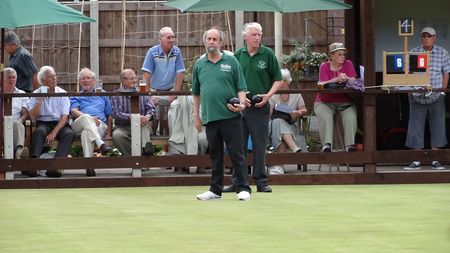 The competition starts at 2 pm on Sunday 29 April, members of the public can watch for free.

The Clubhouse will be open and drinks available. Freshfield BC is commonly known as Tin Tabs,  a reference to the origins of the club house, formerly a Tin Tabernacle Church and adapted as a clubhouse by the bowling club when it was formed in 1894.

Freshfield BC is renowned for the quality of it’s green and it’s quaint, historial clubhouse. The club has six teams which play in leagues throughout Sefton.

The Southport, Formby & Ormskirk branch of the NCT is teaming up with Freshfield Children's Centre to offer a new group for expectant parents. The informal group, which will start on the 16th May and run for three consecutive Wednesdays from 6.30 until 8.00pm, will offer mums and dads-to-be an opportunity to meet other expectant parents, find out about local services and pick up practical tips on pregnancy and early parenthood.

The group is free and open to all expectant parents and their birthing partners. Refreshments will be provided. Catherine Bartlett, the local Branch Coordinator of the NCT says 'In Formby we are really lucky to have a village centre and we hope that by starting this new group we will help create a local network of parents in Formby who can provide each other with practical and emotional support'

The NCT already runs a Bumps & Babies group on the second and fourth Monday of every month from 1.30-3.00pm.

If anybody would like further information on either group they can e-mail Catherine at sfo.nct@gmail.com.

Public Are Asked To Be Vigilant

At around 6pm on Thursday 12 April a van belonging to Southport and Ormskirk NHS Trust was stolen from outside a property on Folkstone Road, Southport. The van contained a number of used, contaminated surgical instruments which were being transported to Southport hospital for sterilisation and could potentially pose a health risk if moved or handled.

The instruments were stored inside a large trolley. If any of this equipment is found please do not touch. It should be reported immediately to the local authority or the police for removal.

The van also contained a small number of patient and staff documents which were being transferred between sites in line with Trust procedures. The documents included GP referral letters and five sets of patient case notes. We have contacted all those patients affected.

“We are asking the public to be vigilant while this equipment is missing. “The missing equipment contains instruments used for surgery earlier in the day. Anyone who suspects they have seen the equipment should report it immediately. For their own safety, they should not attempt to handle it. “The Health Protection Agency has been notified and we are working closely them.” 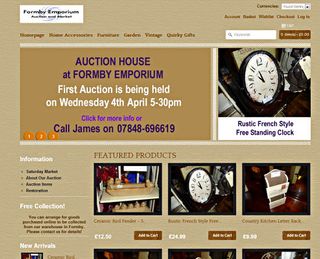 Bring the family ... Refreshments all day :)