Yesterday and on Saturday, parts of Formby came to a standstill. It was no surprise, any sunny weekend in the summer months produces the same result. Families from all over the North West, near and far, make a trek to Formby's beaches in the expectation of a happy day by the sea. Inevitablly they are greeted by this after a torturous journey down Victoria Road. 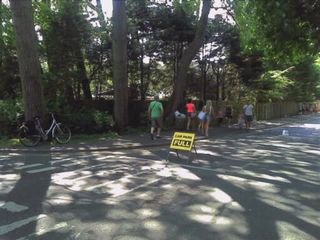 No prior warning, no active traffic information available to help them find an alternative. No solution for the hard-pressed residents who find themselves besieged on these occasions.

Here's Larkhill Lane, absolutely at a standsill. This driver is trying a three point turn because the vehicles in front aren't moving. 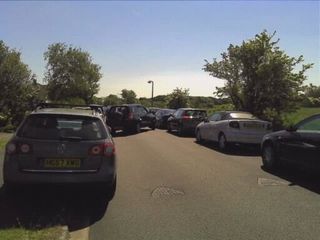 Many drivers made parking spaces for themselves, anywhere. On pavements, verges, open green spaces, many simply ignored road markings, so desperate were they to get to the beach.

Finally many broke temporary barriers on the service road to the Jospice and simply parked on the extensive open space of Larkhill Lane common. 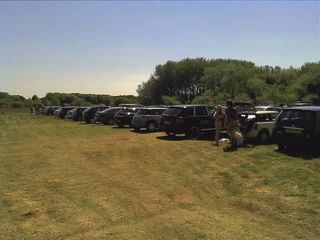 No matter where you went the traffic was at a standstill. At the Shorrocks Hill entrance to the car park, managed by Sefton MBC, one of only two Wardens on duty could only stand and report a perfect traffic jam to the police. 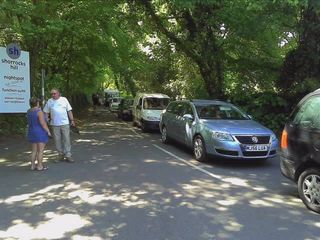 This can't go on any longer. It's getting worse each year. Visitors and residents alike deserve better.

I can think of a number of ideas to help.

As a community we can't go on as before. I'd like to see the Sefton MBC Cabinet member, Cllr John Fairclough, here on the ground to see it for himself. Let's start a public debate sooner rather than later. All of the stakeholders, Sefton MBC, Formby Parish Council, The National Trust, Residents and elected members need to address this issue as a matter of urgency.