Southport and Ormskirk Hospital NHS Trust is hosting its first Older People’s Day on Thursday 5th October with representatives from across the hospital and other organisations on hand to provide advice and information. 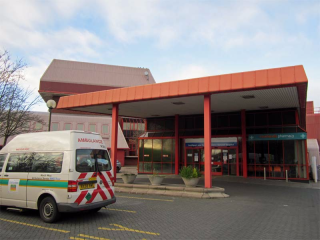 Physiotherapy, rheumatology and frailty are just some of the hospital services on hand throughout the day. Macmillan, Stroke Association and the Alzheimer’s Society will be available too, along with information about dementia, orthopaedics, mental health and many other conditions.

Our Older People’s Day is a great way for the public, patients and their families to get information on a range of conditions and available services in one place. We are here to answer any questions you might have or point you in the right direction.

This is our first Older People’s Day but if people find it useful, we’re hoping to make it an annual event.

The event is being held at the Clinical Education Centre at Southport Hospital, from 9 am to 1 pm on Thursday 5th October. Tea, coffee and biscuits will be available.

The Formby Conquest Art Group invite you to join them at their forthcoming Exhibition on Saturday 30 September.

Conquest Art Groups are found all over the country, they describe themselves in the following way:

We aim to help people who live with disability or long term illness by providing Conquest Art groups around the country and encouraging many more people to come and join us.  Our group members find fulfillment through joining in, whatever their level of ability and disability, and experience a sense of achievement and satisfaction from exhibiting their artwork.

Everyone is encouraged to create from their imagination, develop their own style and work at their own pace in a friendly, non-competitive atmosphere,   This is important, as a person’s disability can sometimes affect their level of creativity but many who initially doubt their abilities are surprised at the results they achieve.

Using our simple methods, newcomers can soon get that first line or image on the page.  From there they can develop their skills and try new ideas with help from the team volunteers.  For members with particular needs we can provide specialist equipment such as head pointers, scented pens for the visually impaired or specially adjusted easels.

Our #Formby group is holding an #artexhibition this Saturday, 30th Sept. Find out more... https://t.co/kU4xecDwlt pic.twitter.com/IJNAd7Nu2Z

Local teenager shortlisted for NHS apprentice of the year 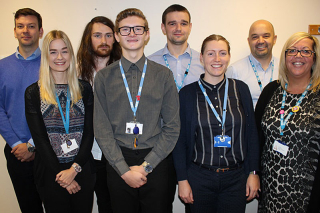 Daniel Curran, who went to Maricourt Catholic High School in Maghull, has been shortlisted for the prestigious award due to the hard work he has displayed throughout his apprenticeship in the business intelligence team at NHS South Sefton Clinical Commissioning Group (CCG) and NHS Southport and Formby CCG.
The award acknowledges and celebrates the outstanding commitment to professional development and occupational progress of informatics apprentices, alongside the contribution and positive difference they make to their workplace.

Talking about his nomination, Daniel said: "In the first year of my apprenticeship I feel that I have developed and matured personally and academically. On a personal

In the first year of my apprenticeship I feel that I have really developed and matured personally and academically. On a personal level I feel I have matured a lot. The apprenticeship role has played a large part in developing my skills and ability to work in a team.

I came straight into work not knowing anyone in the team so I had to take it upon myself to get to know everyone and mould myself into being part of the team. I’d say I’ve also developed my confidence in the workplace which I feel has improved a lot as before I came here I was very shy.

Karl McCluskey, chief strategy and outcomes officer, said: “We are really happy for Daniel. He deserves to be recognised for his work here at the CCGs. While excelling in the technical and academic aspects of his learning, he has also had many professional accomplishments.

His work has been of such a high standard that some of it has been incorporated into our monthly Integrated Performance Report, which is presented to the Governing Body and published on our website.

Myself and the team wish him the best in the awards although getting shortlisted is already a great accomplishment and we are really proud of his achievements.

The winner will be announced at the Informatics Connect Conference on Friday 22 September at the Hilton Hotel, Blackpool. 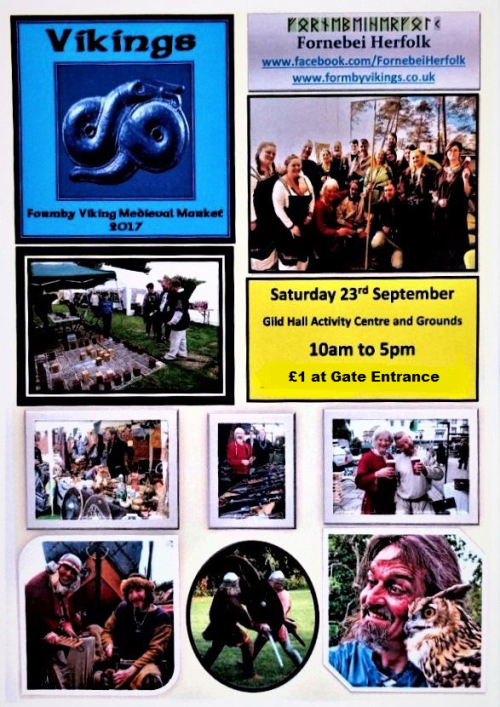 Viking living history duo Jarl Herjan (Leo Kolassa)and Forni Hamingja (Tony Higginson) will be back with their Formby Viking Crew on Saturday 23rd at the Gild Hall Activity Centre, off Church Road to participate in this year’s Viking Festival and Medieval Market Day.

Following their recent Viking exploits attending festivals and events across Wales and the North West, they have encouraged other living history groups to come along and join their crew at the upcoming Formby Viking Festival and Market.

Having been at recent VMM events in Gwerch Castle (Abergele) and at Conwy Castle which attracted huge crowds we did get to meet lots of people and similar groups to ours that have an interest and passion for living history and want to come along to events such as our Festival.

TV Historian and coordinator of Viking and Medieval Markets (VMM) across the region, Mark Olly, has worked alongside Formby Vikings for 5 years in making the event here a success and most popular amongst the stall holders and living history groups that participate.

It’s also the only event I keep being asked about all the time: is there going to be another one? When is it going to take place? That’s why we are already planning to come back in 2018

At this year's Festival, the event will include staunch favourites ‘Talonted Feathers- Birds of Prey’, Shoot a Knight and the authentic Long Ships. In the arena area, combat displays will be featured with several sessions for children to have a go at being a Knight. There will also be storytelling, music arts and Medieval Market Stalls featuring arts crafts and gifts for all.

There will be several exhibitions of Living History activities including Viking games involving demonstrations on how to play Hnefatafl (Viking Chess) with an opportunity to challenge the current World Tafl Champion or former English Champion. On display will also be a new game - ‘The Wall of Asgard’ which has proved to be very popular at other shows especially with prizes are on offer for anyone that can take the challenge and beat the height record and get the best score.