The hugely anticipated ‘L37 Fest’ is coming to Orrell Hill Woods (just off the Formby Bypass) from Friday 12th to Sunday 14th July 2019.

Tickets have been going fast since they went on sale at the beginning of April via Ticket Quarter, with multiple Early Bird tiers selling out in a matter of minutes!

The organisers are now happy to reveal the full entertainment schedule for the very first ‘L37 Fest’ and there are some big names on the lineup. The Feeling will be headlining Saturday night along with Scouting For Girls who will officially close the event on Sunday evening with a jam-packed set - they’ll be joined by Bongo’s Bingo and S Club who are already confirmed for Friday night.

The Feeling hail from Horsham, West Sussex. Following a limited release of their first single "Fill My Little World" in late 2005, the band entered the UK Singles Chart at #7 with their first full release "Sewn" in February 2006. Their second album, Join With Us, was released on 18 February 2008 and reached the top spot on the UK Charts!

Over the course of three hugely successful Top 10 albums, Scouting For Girls has made the journey from playing pubs in Harrow to headlining Wembley Arena. They’re just three ordinary friends who followed their dream, captured a nation and sold two million records along the way! They’re ready to hit Merseyside and play some of their biggest hits ‘This Ain’t A Love Song’, ‘She’s So Lovely’, ‘Elvis Ain’t Dead’ and more.

There will be two music stages at the event filled with local upcoming talent as well as the household names; Xander & The Peace Pirates, Foxtrap, The Cheap Thrills, Y.O.U.N.G head up the main stage whilst RATS, Life At The Arcade, Handstand Parade and Skinner’s Lane will be on the L37 Introducing Stage amongst others.

Tickets are available now via www.L37Fest.com or by calling the box office on 0344 8000 410 with early bird pricing of £22.50 for Friday night and VIP day passes going up to £50 which includes a private lounge area, premium washroom facilities, welcome drinks with a private bar and other amenities.

May 4
Nurses Recruitment Event On Saturday 11th May, Southport and Ormskirk Hospital NHS Trust will be...
Next Post 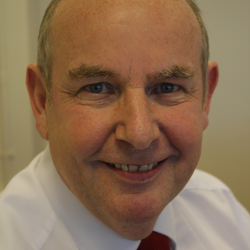